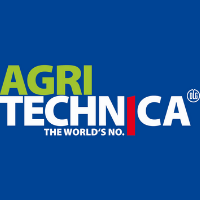 Agritechnica is an internationally celebrated exhibition specialising in machinery and technology for agriculture industry and is recognised as the prime trade fair in Europe. The trade show, Agritechnica Hannover Germany is hosted once in every two years in Hanover Fairground that gathers record-breaking exhibitors and visitors each year. Agritechnica 2021 is going to take place between 14th to 20th November at Messe Hannover.

The recent three Agritechnica Hannover Germany trade fair following respectively in 2013, 2015 and 2017 are counted as an indisputable proof of a continuous increase in the popularity of this event. Going a little more back in 2009, the trade show space has significantly grown. Approximately 2800+ exhibitors joined Agritechnica and almost 450,000 professionals attended the exhibition while confirming Agritechnica Trade Fair as the prime event destination involving agricultural machinery. At last, by gathering half a million trade show visitors and nearly 3,000 exhibiting companies, this event is unquestionably a self-proclaimedhit in the world.