IDEX Is The Leading Exhibition For Defence

IDEX UAE is recognised as the only international defence exhibition and conference that takes place once in every two years. The show named after IDEX Abu Dhabi Defence Conference specifically demonstrates the cutting-edge technology across sea, land and air sectors of defence. Trade fair IDEX is known as a unique and prominent platform to form & embrace the relationship with government departments and armed forces.

The IDEX (International Defence Exhibition & Conference) – largest trade fair focusing on state security & armaments in the Middle East is the leading platform for the entire spectrum of the defence industry. IDEX in 2023 Abu Dhabi is planned to be staged in between 20th February to 24th February at National Exhibition Centre (ADNEC).

The show is organised IDEX LLC association along with the full support of UAE Armed Forces. IDEX Conference is attended government officials, official delegations, defence decision-makers, senior government representatives and military & civilian authorities as well. All in all, the IDEX Defence Conference serves as a presentation platform where unmanned systems technology is recognised, launched and promoted.

Get Ready Tp Participate in IDEX with Sensations worldwide

So, if you are looking for an experienced and leading Exhibition Stands Design Contractor and Booth Builder Company in Abu Dhabi, to assist you to build an ideal IDEX International Defence Exhibition In Abu Dhabi Week then contact us now and close the deal at the guaranteed best market price! 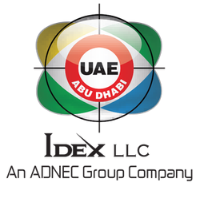